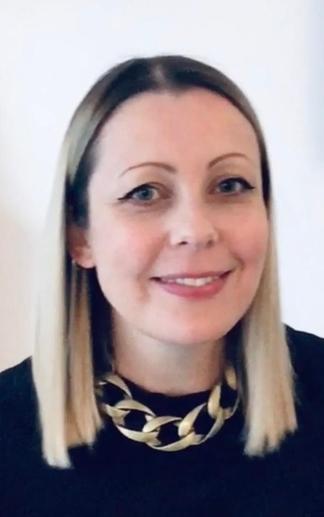 French at HCPS is led by Mrs H. Burton

We believe that language teaching should be regular, sustained- and fun! Children should look forward to language learning, developing a curiosity for knowing about the language and cultures of different countries. We want children to be able to learn the basics of the language, some at a deeper level, progressing by embedding key vocabulary and phrases, and being able to link these together in order to develop their language skills further and apply them later on.

French is taught throughout Key Stage 2 in weekly 30 minute sessions focusing on speaking, listening, reading and writing. Children are encouraged to enjoy learning to understand and speak a new language and to be confident at trying it. We use phonics, games, songs and the Duolingo ICT program, as well as French dictionaries, to help to embed new vocabulary. Regular conversation, listening to spoken French in music, stories and videos, reading and writing help the children to learn about sentence structure. They are encouraged to look for clues in the language, linking cognates and words which are the same in English and building on their previous knowledge. These skills are taught through topics which are relevant and interesting to them, such as information about themselves, their interests, food, the world around them and where they live. They are introduced to the geography and culture of France with activities such as food tasting and role play. At the end of each term, children work towards a piece of assessed written work or spoken work, which is filmed so they can watch it back, hear their progress and watch their confidence grow.

French is being embedded into the school day with the date in French being displayed in Key Stage 2 classrooms and songs and stories being introduced throughout the week to immerse them in the language. There are French displays and vocabulary around school for children and adults to refer to. Optional French activities for them to do at home are provided.

From KS1, there is a French club after school called Kidslingo, which is paid for by parents.

It is hoped that, through covering all aspects of the MFL National Curriculum, children will have progressed to leave the school with a secure knowledge of basic vocabulary and phrases and an ability to adapt and apply the language using 'sticky knowledge'. Overall, we hope that children have developed an enjoyment of the language, at whatever level they have reached, a desire to learn more about that language, country and culture, and a curiosity about the world in which we live.

3AW Information About Themselves 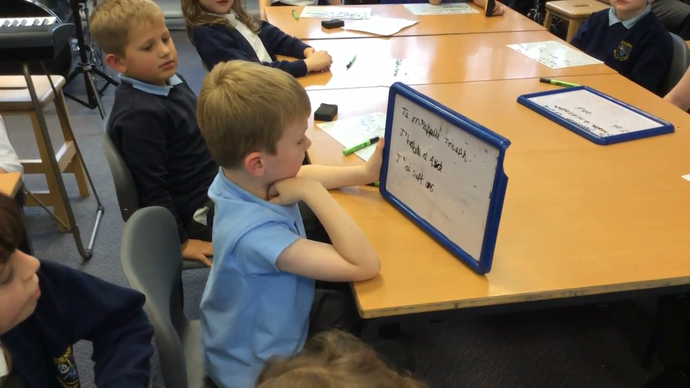 Year 3 started the year by learning French greetings and how to say their name, age and where they live. 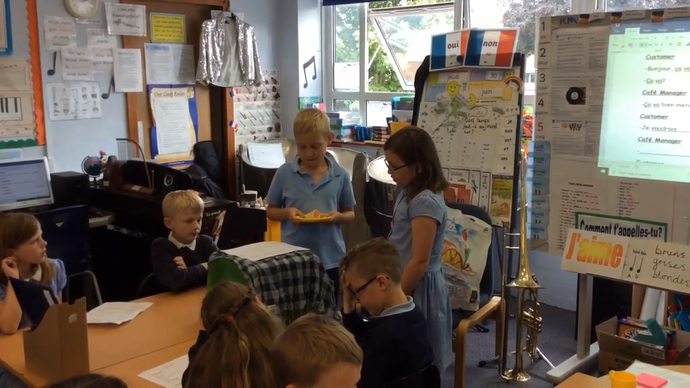 These Year 4 children studied a French cafe menu and worked out what it all meant using existing French knowledge and English cognates, with the help of the teacher. They then completed a written conversation between a customer and cafe manager, to greet each other, ask for an item or two items of food and pay in euros, using French numbers, before acting out their conversations with a partner. There was a lot of revision and new French knowledge involved in this activity and the children tried very hard with their French pronunciation using phonics! 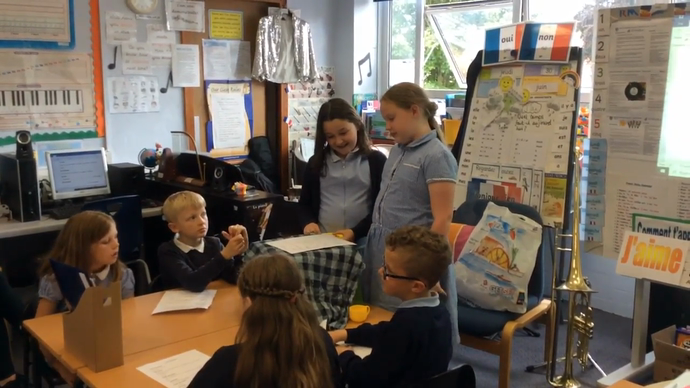 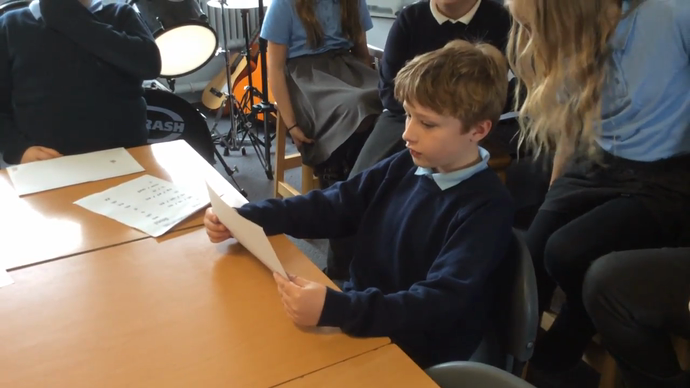 Year 5 children worked on the use of like and dislike verbs and the connectives 'and' and 'but' to give their own opinions on musical styles. They wrote their extended sentences using scaffolding and practised speaking them 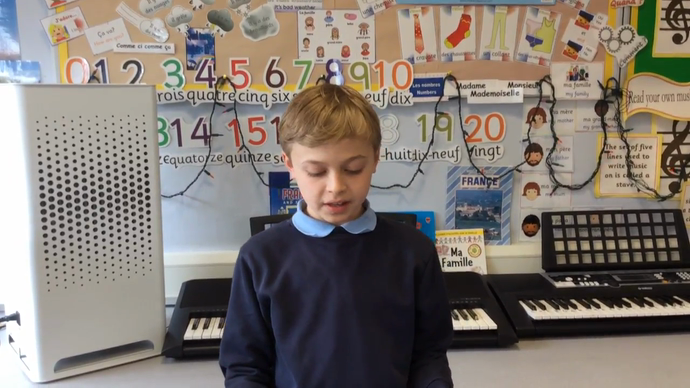 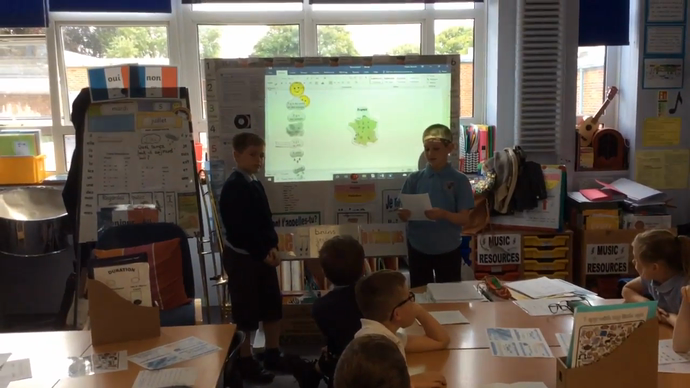 Year 6 - What Do You Understand? 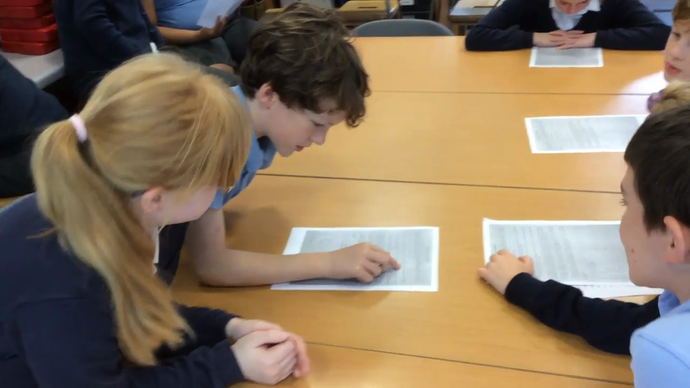 We use texts, stories and songs to see what we can understand in French. This takes our 'sticky knowledge', new vocabulary we are learning and words which we can work out as they are similar in English. We can then try to 'solve' the words we don't know in between to learn more vocabulary. Putting this all together, we realise we can understand more French than we think! This really improves our confidence. 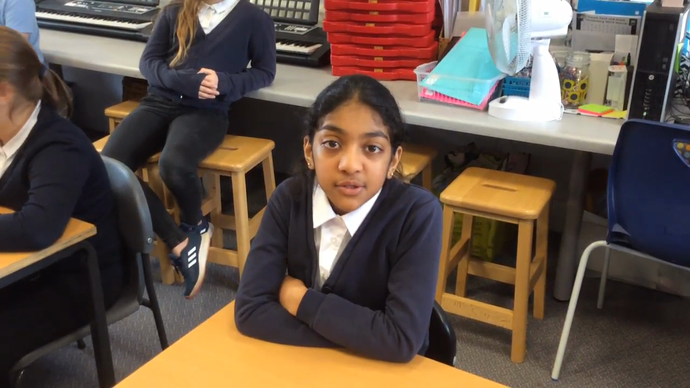 Year 6 children spent the term learning how to put together, speak and write extended sentences about likes/ dislikes regarding food. This drew upon and added to previous units in Years 3, 4, 5 and 6 about verbs for like/ dislike, connectives and food. They wrote their sentences independently, which they will use to contribute to a letter about themselves next term. These children spoke their opinions about French food independently. 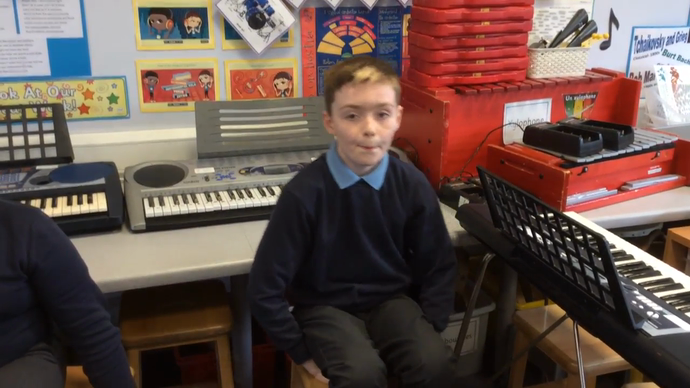