We are pleased to say all of the children played well as a team. Their skills have greatly

improved over the past few weeks.

"We tried the best we could" Millie Daglish 6NF

In addition the children won a football!!!

FROM THIS POINT ONWARDS THE SPORTS PAGE WILL BE REGULARLY UPDATED BY THE SPORTS LEADERS AND AMBASSADORS OF H.C.P.S.

Hornsea Community Primary School have bought into a new scheme of work which will begin in September 2017.

We are looking forward to making changes to improve PE within our school.

We will keep you all updated! 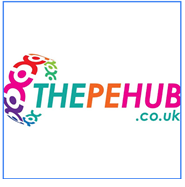 Well done to ALL of the children who participated in the cross country event at Hornsea Secondary School. All children were very well behaved and supportive towards each other.

A number of children from the school were placed 1st, 2nd and 3rd.

All children, who participated, will recieve a certificate after the Easter holidays.

The children played a tag rugby match against Beeford Primary School and won!!

This means they are through to the final at the end of March in Beverley.

The children played really well against their oppositions and enjoyed themselves.

Well done to the children for trying their best!

Miss Cox and Mrs Larsen took a team of 12 children to Hornsea Leisure Centre to compete in the Hornsea Cluster Swimming Gala. The children were extremely well behaved and swam incredibly well.

We are pleased to announce that the children came 1st!!

They are through to the final in May, which will be held at Beverley Leisure Centre.

Well done to Hornsea Community Primary School for successfully achieving GOLD status for 2015-2016. This recognises the fantastic clubs and events the school took part in throughout the year. 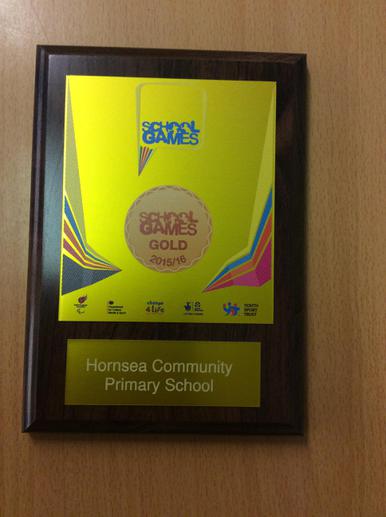 CONGRATULATONS! To our Year 6 Netballers, who won their first match of the league! Well done!

Our first Netball match of the league!

Tigers Trust football and multi sports courses for Easter and May half term!

A very exciting Thursday afternoon today as we had a special guest in our assembly! Dean Windass came along to talk to the children and answer any questions they had. It was lovely to see the look on the children's faces and to hear some fantastic questions!

Thank you to Rich Dexter at Tigers Trust for organising and running the assembly and a big thank you to Dean Windass for coming!

A big thank you to Dean Windass for coming to our assembly today!

I apologise for the late cancellation of Cross Country today. The fields at the Secondary school were too water logged for the event to take place.

The next Cross Country will be held Monday 16th May.

Thank you for your understanding.

Well done to the children who took part in the Tag Rugby Final at Longcroft School! Their behaviour and sportsmanship were brilliant and they played their best. It was a pleasure to watch them play.

I am so happy to announce that Hornsea Community Primary School won the Hornsea Cluster Swimming Gala! The children really did the school and themselves proud as their behaviour was impeccable! We are very excited to be attending the final at Beverley Leisure Centre in May.

WELL DONE! to all the children in our team! You should be very proud of yourselves!

Miss Cox, Mrs Ripley and Mrs Sinar took 19 children in Years 3 and 4 to Hornsea Secondary School to compete against other schools. Everyone took part in at least 3 Athletic events and we had to gain points throughout.

Everyone tried their best and we came 2nd! What a great achievement! :)

Well done to those children!

Tigers Trust are now in school on Friday afternoons  and will work with children across the school! They have started in Year 3 and each class will have 3 sessions at some point throughout the year.

This is a great opportunity for children and staff to learn and enjoy themselves through sport.

Some children in KS2 had a go at playing table tennis against children from other schools and sometimes against each other! Most of the children who took part had not played before but did a great job and played well. Everyone had a great time!

All Year 6 children were invited to take part in a Rugby Megafest Event held at Hornsea Rugby Club. There was a carousel of skills based activities and games and the children who took part enjoyed themselves thoroughly.

Miss Cox, Mrs Ripley and Mr Thompson took two teams across to Hornsea Rugby Club to take part in a Tag Rugby Tournament. The children played against themselves but also against two teams from Brandesburton. The standard of rugby was exceptional from all children! We came 2nd and 4th overall but more importantly enjoyed the game.

Miss Cox and Mr Thompson took a team of 9 children to Hornsea Rugby Club to participate in a Tag Rugby tournament. We played a match against Brandesburton Primary School and then created teams with a mix of children from both schools. The children also had chances to take part in skills sessions when they were not playing a match. All the children played to a high standard, especially since some children had not played before!

Year 3 and some year 4s have started their 10 week block of swimming lessons at Hornsea Leisure Centre. Everyone is really enjoying themselves and trying their best, even when they are not very confident! These will run throughout the Autumn Term and finish before Christmas.

The Year 3's had a fantastic time playing Rugby with Mr Thompson. They spent the afternoon learning and developing new skills and playing a variety of games including a game of Tag Rugby.